Recently the Jersey City Police Department held a promotional ceremony in the City Council Chambers where 66 members of the department were promoted to leadership positions. The Italian American Police Society of New Jersey would like to congratulate all of the newly prompted superior officers especially the below members on their new positions. 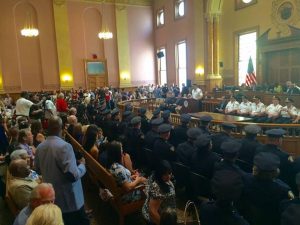