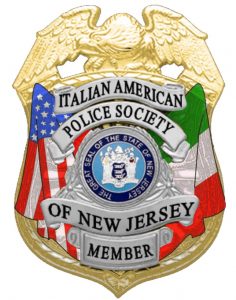 To begin, let’s be clear. This new legislation, as written, has gone to the extreme of what the 2,737,682 New Jersey residents voted for on November 3, 2020.  As legislators, it appears that you have done a disservice to the residents of New Jersey under the guise of Social Justice reform. We agree that if the constituency voted for simple marijuana reform as was advertised, then that is what should have been done. It was not. The November 3 ballot question simply asked residents the following;

Your legislation corrupts the herculean efforts of law enforcement to dissuade children not to use drugs and alcohol. For the past 30+ years, law enforcement officers have worked with numerous educational and social programs under the “Say No To Drugs” programs which have now evolved into LEAD; Law Enforcement Against Drugs curriculum. More disturbing, you have criminalized ALL law enforcement officers for being the guardians once cherished and have given a free pass to underaged and vulnerable children who choose to use drugs and alcohol. Alcohol was never mentioned in the constitutional amendment and the legislation goes well beyond what the voters asked for.

The law allows the Governor to appoint a taskforce comprised of 26 members to review and report on the legislation. The membership of the task force makes no mention of any state, county, or local representative of the “law enforcement” community being invited to the task force. Therefore, the task force will now seek recommendations, change, and guidance on the most significant law enforcement topic to affect all the residents of New Jersey with no Law Enforcement input.  You have successfully neutered those who have always protected the residents of New Jersey and willfully added criminal prosecution to a law enforcement officer for a violation of the new legislation. Moreover, a simple question is WHEN was this voted on by those in November?  It wasn’t. And we find it hard to believe that had that question been put before the voters, the outcome would have been significantly different.

Even more troubling, the legislation now dictates that law enforcement officers are precluded from asking someone under the age of 21. The below is taken from the February 22, 2021, Attorney General FAQ;

Obviously as legislators, you have never attempted to interview someone breaking the law. How would you suggest that a law enforcement officer issue a written warning to someone in violation under their first offense since they cannot be arrested or detained? And how would a law enforcement officer know if it is a first, second or third offense? Moreover from a basic safety issue since many offenders of drugs secrete and carry weapons you have put all law enforcement officers in further jeopardy if they cannot take simple safety steps for their own protection. And please ask any parent if they would want to know if their child was involved in this activity?

Lastly, the current law apportions the 6.625% state tax to 70% of disappointedly affected communities of previous arrests. Those communities in this effort will of course be the ones where the sales will be concentrated. Yes, you have simply made it easier to purchase and use marijuana and alcohol in the communities it has previously ravaged.

A simple google search of the CDC will show that marijuana increases;

Your efforts to bring sensibility to overharsh laws have failed.  You’re attempts to minimize the social and criminal stigma associated with a marijuana arrest and the burden it presents have missed the mark. Conversely what you have done is given a hall pass to those who are influenced the greatest by the  use of alcohol and marijuana and marginalized the guardians at the gate. This is not what the voters asked for.