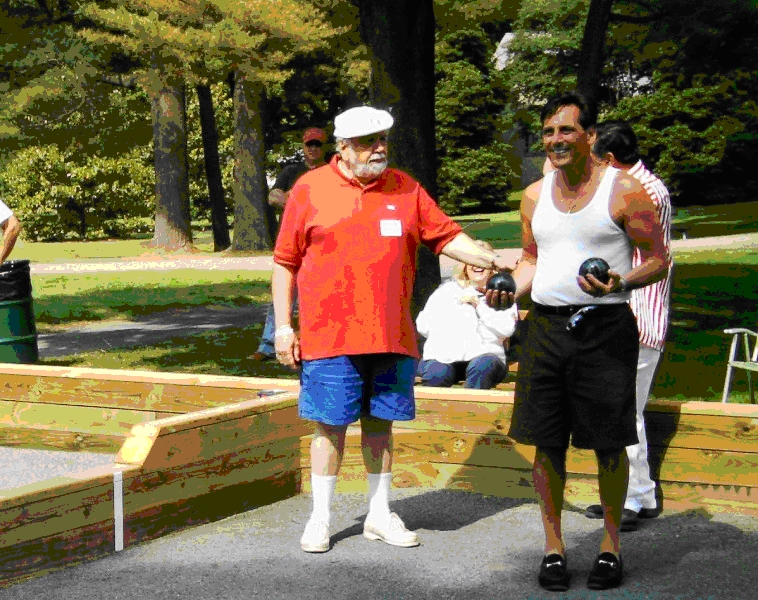 Frank Valanzola, at right, was the founder and director of the Bocce Invitational, a fund raising event for Operation Shoebox New Jersey and other charities held atColonialPark inFranklinTownship, in 2007, 2008 and 2009.

Operation Shoebox New Jersey has lost one of its best friends and most ardent supporters. Frank Valanzola, a financial advisor and vice president with Morgan Stanley was with us at the very start in 2005 and helped to organize our first public packing event in downtownSomervillejust a few months later.

Sadly, Frank passed away Sept. 24, succumbing to cancer at the age of 51.

Frank was a “go to” guy, the one person you would turn to because you knew he would get things done; he was full of ideas, his enthusiasm was contagious and he had boundless energy for the cause.

I know, because he and I worked side-by-side as we nurtured a fledgling Operation Shoebox NewJerseyfrom an idea through its early years until it became a strong, vibrant non-profit organization that continues to grow statewide.

We first came to know one another in 2004 on the level of financial advisor and client.  We became best of friends that day, a relationship that was to continue. I admired Frank and often sought his counsel. I came to know him as a considerate man, civic-minded, compassionate and generous with his time.

Above all, he was a loyal friend.

He was instrumental in organizing a golf tournament at Beaver Brook Country Club for Operation Shoebox NewJerseyin 2006 to raise money for the organization, a prelude to what would become Frank’s signature achievement with the organization.

It was Frank’s idea to host a bocce ball tournament and to his credit, was able to sell the concept to the Somerset County Park Commission.  I can remember standing with Frank at the site on a bitter winter day in 2007, a harsh wind and sleet chilling us to the bones. A few months later, Frank was out there on the courts enjoying a cigar and the camaraderie of friends, families and his fellow bocce players.

He went on to form his own non-profit organization as the II annual Bocce Invitational grew in size, an Italian-American Social Event that drew bocce enthusiasts from throughoutNew Jersey. The Embrace Kids Foundation was added as a beneficiary the second year, and The Boys and Girls Club of Union County the third year.

It was tough to say no to Frank. The word “no” wasn’t an option when Frank was on a mission.  If he believed it to be good, you were going to hear about it, over and over again, until you agreed and signed on.

He was unable to convene his beloved Bocce Invitational the past two years because of his illness. Frank was game, but he listened to his wife Debbie, the doctors and close friends who all told him “wait ‘til next year, you need your strength, stay focused on getting better.’’

His efforts on behalf of Operation Shoebox NewJerseyhelped to raise over $20,000 from 2006 through 2009. It will remain a proud part of his legacy.

Frank was a fighter, determined to beat the odds; after a prolonged regimen of chemotherapy treatments last year, Frank returned home and told me he was adding a workout on the punching bag and speed bag to help increase his wind and lung capacity, a throwback to his younger days when he’d slip on the gloves and climb between the ropes. He was convinced it would help.

A gentleman, good friend and proud American, his legacy will be many things to different people; to me, it will always be his good work and devotion to those causes he believed in. 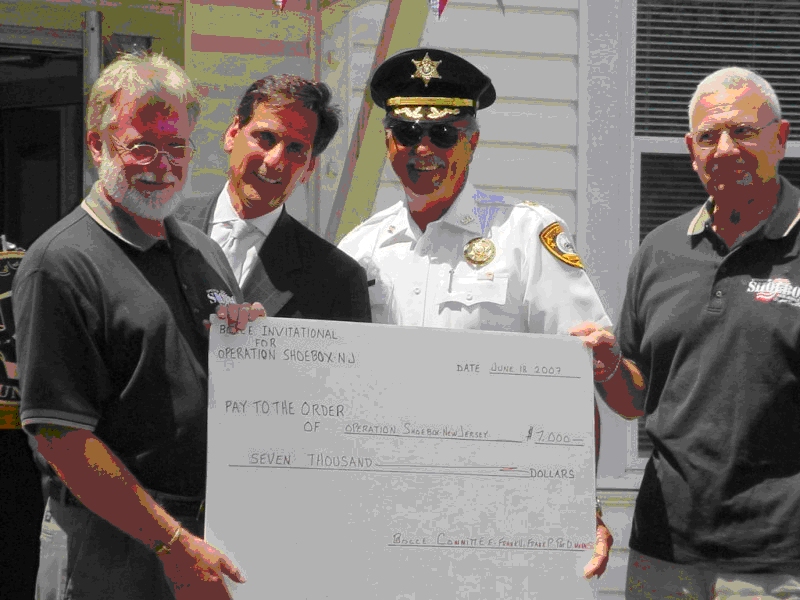 (as printed in the Jersey Journal)

FRANK T. VALANZOLA FLANDERS Frank T. Valanzola, 51, passed away on September 24, 2011.  Frank was born on July 3, 1960 in Jersey City, NJ.  He has lived in Flanders for the past 6 years and was previously of Hillsborough, NJ.  Frank was a Vice President for Morgan Stanley in Short Hills, NJ.   He was a 5 Star Wealth Management Recipient, awarded the Italian Tribune Christopher Columbus Humanitarian of the Year in 2008, and was the Chairman of Operation Shoebox and Embrace Kids with Cancer.  Frank is survived by his loving wife Deborah Ann (Reyes), together for 11 years; his stepson Richard James Bond; his siblings, Sandra Valanzola, Thomas Valanzola and wife Pamela, and Dawn Signorile and husband John; his nieces and nephews Gianna, John Thomas, and Dana; and many loving aunts, uncles, and cousins. He is predeceased by his parents, Thomas and Dolores Valanzola.