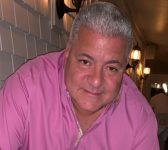 The Italian American Police Society of New Jersey is proud to announce that it will honor John Gunnello as the 202 Man of the Year. Born and raised in Newark, John Gunnello came from a hard working, modest, blue collar family. Johns father,
Edward Gunnello was a lifelong employee for the City of
Newark, who worked endless hours to earn an honest pay to
provide for his family. Johns mother, Phyliss, stayed home to
take care of their children. John saw the financial struggles
his family endured and knew he had to do better, for
everyone. Johns dreams and ambitions stem from his father’s
work ethics and unconditional love he had for his family.
This is what made John the man he is today. At the age of
nine, John grew up learning every aspect of the garbage
industry. He has fond memories and lifelong experiences
with his extended family of which were pioneers of the waste
trade. John’s Grandfather and Uncles showed him the ropes
of the business of which John, years later turned into an
Empire. The waste industry isn’t the only icon of his
achievements. Johns uncanny business sense and
perseverance has given him opportunities owning and
investing in a wide variety of businesses, such as night club’s
to restaurants to real estate. These are only a few of his many
grand business endeavors’. Johns self-proclaimed greatest
two achievements are his wife Carrie and his son Johnny..For information about the event and sponsorship opportunities should go to http://oldsite.iapsnj.org/gala/