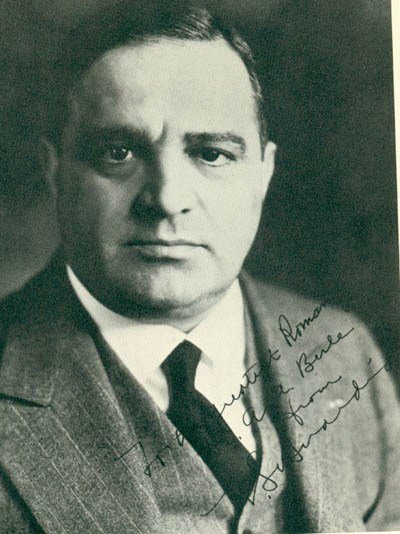 QUOTES
“It requires more courage to keep the peace than to go to war.”
Fiorello La Guardia was born in New York City in 1882. In 1916, he was elected to Congress. After fighting in World War I, La Guardia served several more congressional terms before becoming mayor of New York City in 1934. He served three consecutive mayoral terms, leaving in 1945. During his time in office, La Guardia fought po-litical corruption. At the age of 64, he died in New York City in 1947.
Early Life
On December 11, 1882, Fiorello Henry La Guardia was born in New York City; he spent much of his childhood in Arizona. With Italian-American parents, and a mother who was al-so Jewish, Fiorello La Guardia spoke fluent Yiddish and Italian; after working overseas at an American consulate, he included German, French, Croatian and Hungarian on his list of languages.
When he was passed up for promotion, La Guardia left the consular service. He ended up back in the city of his birth, where he worked as an interpreter at Ellis Island. After get-ting a law degree at New York University in 1910, he started to handle immigration cases.
Congress and World War I
La Guardia ran for Congress as a Republican in 1914. Though he lost, he received an im-pressive showing in a Democratic district. In 1916, he won election to the House of Repre-sentatives, thus becoming Congress’s first Italian-American member.
World War I interrupted La Guardia’s time in Congress. He had the option of going into a non-combatant role, but instead chose to become a bomber pilot. Working on the Italian front, he received the Italian War Cross for his service.
La Guardia served as president of New York City’s board of aldermen from 1920 to 1921 before returning to Congress in 1923. Still a progressive, he took stands against child labor and Prohibition, and supported giving women the right to vote. He also fought government waste and pork barrel legislation. La Guardia’s stay in Congress was ended when he was defeated in his 1932 bid for re-election, a casualty of the Great Depression.
New York’s Mayor
In New York City, Tammany Hall had helped Democratic politicians maintain a tight grip on politics for years. In his 1929 bid to become mayor, La Guardia had been defeated by James J. Walker, an incumbent Tammany politician. However, corruption charges had cut Walker’s term short, and La Guardia decided to run again in 1933. He won the election, be-coming the first Italian-American mayor of New York City.
Once in office, La Guardia tried to find the best people for government jobs, rather than simply following political patronage. This led to hires such as Robert Moses, who oversaw the city’s parks. Though a nominal Republican, La Guardia also became a supporter of Franklin D. Roosevelt and the New Deal, and used incoming federal funds to bring playgrounds, health clinics, housing developments and an airport (which would be named after him) to the city. He also improved the police and fire departments, and worked to standardize the city’s subway system.
As early as 1937, La Guardia spoke out against Adolf Hitler. During World War II, he led the Office of Civilian Defense—where he worked with Eleanor Roosevelt—while still remaining in office. La Guardia served three consecutive terms as mayor, but decided not to run for re-election in 1945.  He left City Hall on New Year’s Eve of that year.
Later Years and Legacy
La Guardia was known for the regular radio talks he gave while in office (during a newspaper strike in July 1945, he used his radio time to read the comics to New Yorkers). After leaving office, he continued on radio with two different shows, one of which was quickly canceled due to his proclivity for bold statements.
In March 1946, La Guardia became the director general of the United Nations Relief and Rehabilitation Administration. He stayed in the position until December of that year. Suffer-ing from pancreatic cancer, he died at age 64 in New York City on September 20, 1947.

La Guardia left behind a legacy that included not only physical improvements in New York City, but a cleaner city government. 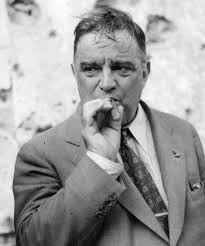