Join the Italian American Police Society of New Jersey for a Screening of the 1960 Movie Pay or Die staring Ernest Borgnine. This movie details the life and death of hero NYPD Lieutenant Joseph Petrosino who lost his life fighting the Mafia in Sicily.

Plans Under Way for another screening date in 2015

Members are invited Free of Charge.
Pizza will be served & BYOB

By Dana Sauchelli and Sophia Rosenbaum

Authorities announce the arrest of 95 members of the Palermo Mafia as part of Operation Apocalisse, which also revealed the killer of legendary NYPD detective Joe Petrosino.Photo: Splash News

It may have taken more than a century, but Italian police have finally figured out who killed an undercover NYPD detective in Sicily.

Giuseppe “Joe” Petrosino, known as “the Detective in the Derby,” was a pioneer in taking down organized crime back in the early 1900s and was the NYPD’s secret weapon when it came to fighting Italian mobsters.

He was dispatched to Sicily in March 1909 on a special job to investigate the Sicilian Mafia’s ties to its American counterpart the Black Hand, a group of thugs that targeted Italian-American immigrants.

American media outlets caught wind of Petrosino’s mission and leaked the details, but Petrosino refused to abort the mission. He believed the Sicilian mafia would not kill a police officer as was the case back in New York.

But he was wrong. Petrosino was waiting for an alleged informant in downtown Palermo when he was ambushed by gunmen and shot four times.

Amid reports of Petrosino’s assassination, cops rounded up every Black Hand suspect they could get their hands on, according to the March 13, 1909 article published in The Evening Post, the Post’s name until 1934.

The Evening Post said Petrosino, who “made a living running down criminals who came from the country of his birth,” attempted to defend himself, firing four shots from his revolver to no avail.

The case was unsolved until a police crackdown in Palermo over the weekend resulted in 95 arrests of suspected members of Mafia groups.

Domenico Palazzoto, a descendant of a mob boss of the Sicilian Cosa Nostra, Vito Cascio Ferro, is facing charges with his fellow mafiosos including extortion and association in a criminal network.

Italian police said Palazzoto, 29, sealed his fate during that wiretapped conversation. “As evidence of his own more than 100-year mafia pedigree, guaranteed by his descent from Paolo Palazzotto, confirmed the murder as the work of his own relative,” the statement said, according to Bloomberg.

Petrosino’s family was both shocked and excited to hear the case finally had an ending.

“I’m happy that the Italian police and the NYPD never gave up searching for the killer of my great uncle,” Petrosino’s great nephew, Joseph, 67, told the Post.

“It’s kind of pathetic that this individual was bragging about his relative being a murderer. It’s pretty sick that someone would be proud of that. I guess it runs in the family,” he added.

As the only NYPD officer killed abroad, Petrosino is a martyr on the force. A park in Manhattan’s Little Italy and a Long Island City School were named after him to honor his commitment to the city.

His legacy has lived on within the NYPD as well — with his great-great-nephew Joseph, 28, an active member on the force. The elder Joseph worked as an assistant district attorney in Brooklyn District Attorney until he retired in 2011. 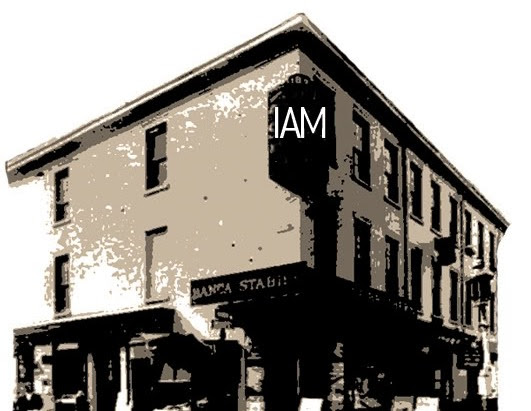 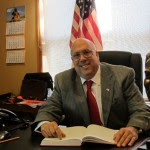 On Thursday, August 14th, the Lt. Det. Joseph Petrosino Association in America honored Museum Board Member, Michael P. Ricatto with the Jack and Helen Como Entrepreneurial Award during their annual Gala which was held at Russo’s on the Bay.  The event was attended by prominent business leaders and elected officials from New York City, New York State, Washington, D.C. and California.

Each year, the Petrosino Association in America honors exemplary leaders in the fields of law enforcement, business, the arts and diplomacy who have also made significant contributions to the community.

Michael Ricatto is a successful entrepreneur and businessman who is devoted to his family and dedicated to serving his community.

“Mike” is known for his work ethic and for his big heart and he has been recognized and honored for his generous contributions of both time and money to charitable organizations, political causes and to people in need.

Mike is President of Ricatto Enterprises, which also includes Ricatto Marine.  As Mike’s businesses have grown, so has his involvement in the community.  Mike serves as a member of the Board of Directors of the Italian American Museum and is a past member of the Queens College A.C.E. Board of Directors. He is a member of the Columbus Citizen’s Foundation, Italian Charities of America, Tiro A Segno, the Republican Presidential Roundtable and the Queens Village Republican Club.  Mike is a Commander Knight in the Equestrian Order of the Holy Sepulcher and Knight in the Order of Malta.  He has been honored as Business Man of the Year by Italian Charities of America, is the recipient of the Queens County Republican Committee Ronald Reagan Award and in 2008 received the Ellis Island Medal of Honor.

Mike is the proud father of four sons, Michael, John, Vincenzo and Santino.